By 2035, when you young’uns are driving a car, it will almost certainly be electric. In fact, petrol and diesel cars will be like video recorders and landline phones…a mysterious thing from the past!

We discovered this resource thanks to a tipoff from a friendly EV scientist on Twitter who pointed us to this video, which we think is possibly the clearest and best explanation for kids EV-ER (see what we did there?!):

The most common type of electric car is one that’s run on a battery, although you can get cars that run on solar or hydrogen power.

A battery-electric car gets its energy from an electric supply. You may have seen a car like this plugged into a wall plug or an on-street powerpoint.

Hybrid means a combination of two things. So, when it comes to cars, a hybrid is one that runs on a motor and another type of power.

Most hybrids are hybrid electric vehicles, or HEVs, which get their energy from gasoline but store it in batteries to use later in an electric motor. You may have noticed a Toyota Prius, an almost silent vehicle, on the streets near you?

Other hybrids can be plugin hybrid electric vehicles (PHEVs) that run on both chargeable batteries and gasoline or human electric hybrid vehicles (HEHVs) which are the motors you can attach to your bike to assist your peddle power!

Formula 1 has been around for donkey’s years, but move over gas-guzzling machines, there’s a new kid on the block. Formula E is the first fully-electric car racing championship, which first took place at the Beijing Olympic Green Circuit in September 2014.

Even though the cars are all-electric, they reach incredible speeds – up to 280 km or 173 miles per hour! WOWEE!

A couple of super-cool facts about Formula E:

If you want to know more about Formula E, check out Gecko’s explanation here:

So that’s all for now on electric cars, but if you want another burst of electrifying stimulation, why not try out our Electrifying Electricity activity box, which is also May 2022’s subscription box.

🤖 Scribble Bots (Jumbo/Tots only): Can you turn a regular cup into a robot that creates squiggly art? 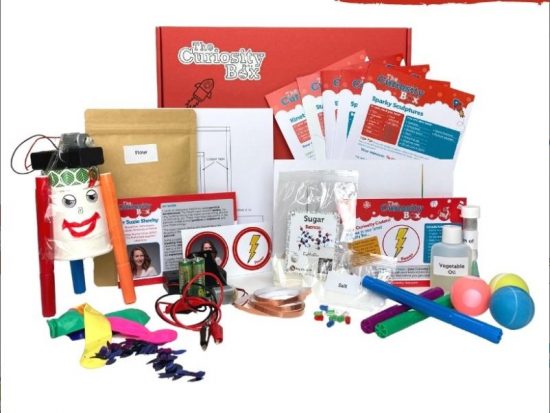