Can you imagine a world without electricity?

We rely so much on it! It is there for us, literally at the flick of a switch. But where does it come from now and where will it come from in the future?

We’re going through a dramatic time of change. We’re in a rush to switch from fossil fuels and all the harm they do to our planet to clean, green renewable energy. There are lots of questions we need to answer and it’s young people like you who will dream up and invent the solutions we need. Exciting right!?

Well, there’s plenty you can do to get ready to save the world. Let’s start by looking at some amazing facts about energy, and point you to some resources to get you started in the world of renewable!

1. Electricity is found naturally – even inside your body

That’s right, you have electricity inside you: It’s what makes your heart pump! Tiny electrical pulses cause the muscle cells in your heart to contract, making it beat and pump blood around your body.

2. Non-renewable energy is harmful to the planet

Traditionally, electricity has been made from energy sources that are in limited supply. These include petroleum, hydrocarbon gas liquids, natural gas, coal and nuclear energy.

The problem with these sources is that, not only are they in short supply, but they give off byproducts when they’re burned to make electricity. These byproducts are generally proven to be harmful to the environment.

3. Household appliances still use electricity when they’re switched off

The way we use our electrical appliances can often be wasteful, whether we know it or not. In fact, when we switch our appliances off, they’re often still using electricity. A desktop that’s running idle will use 80 watts, and a Sony PlayStation 3 will use around 200 watts. Meanwhile, your TV will use about 60 watts when it’s on standby.

The best thing you can do to save energy is to switch your electricals off at the mains when you’re not using them, and especially overnight.

4. The world is waking up to renewable energy

Over 100 cities in the world rely on renewable energy to generate around 70% of their power. Currently, hydropower is the top renewable energy source, followed by wind and solar energy. It’s a good start, but that’s only 1% of the world’s 100,000 cities. There’s still some way to go!

5. There are 7 big sources of renewable energy … and many more besides!

The main sources of renewable energy are wind, the sun (solar), and water (hydro). Although others include biomass from plants, geothermal from the heat inside the earth, tidal (which uses the ocean’s natural rise and fall to create kinetic energy) and wave (which harnesses the power of those ocean waves).

6. Electricity has even been made out of CHEESE!

Because whey isn’t needed to make this particular type of cheese, bacteria is added to the whey which turns it into biogas. The gas then goes through an engine to heat water to generate electricity. Genius!

For more resources on electricity, here are some great tools from Northern Power Grid and the National Grid:

Northern Power Grid has a comic book style kids section. It explores how electricity reaches your home and how to stay safe around it. We at CB HQ aren’t delighted about the gender stereotyping but if you can get past that then the stories are quite fun.

National Grid has some great content to help understand electricity a little better! There are downloadable experiments, videos and games. We particularly like this game! 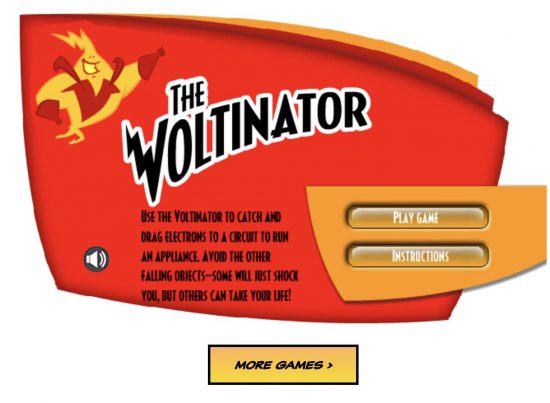 If you want to experiment with POWER yourself, then look no further. Our Electrifying Electricity box gives you everything you need to explore electricity and circuits, all with a creative twist, including:

🤖 Scribble Bots (Jumbo/Tots only): Can you turn a regular cup into a robot that creates squiggly art? 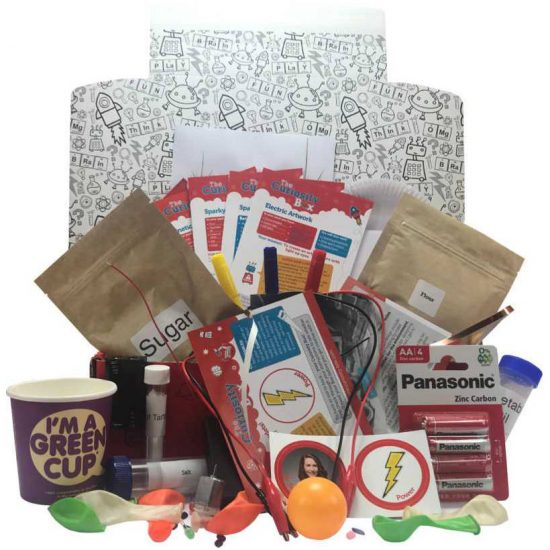