Bread is a huge part of most of the world’s diet. In its purest form, it’s simply flour, water and – depending on the type of bread – some kind of leavening (raising) agent. It appears in a myriad of forms –  loaves, tortillas, focaccias, rotis… The list is endless but how did we even come up with the idea of transforming grains and water into an essential foodstuff?

Most historians will tell you that it was the Egyptians who baked the world’s first loaves. They invented a grinding tool (called a quern) and crushed grains to make flour. They were also skilled beer brewers… Who knew?! It’s this brewing expertise, and warm climate, that potentially gave us the first sourdough loaf. Clever stuff for sure but there’s more to this origin story.

Recent archaeological discoveries point towards Australia’s indigenous population cracking the bread code first! Dig sites around the country have revealed grinding stones with residue from local seeds dating back as far as 30,000 years ago! This points to one thing. Indigenous people will have discovered seeds and grains, figured out that they were indigestible in their raw form, and that they would need to be pound, ground and heated in some way to make them fit for consumption.

The daily grind struggle is real!

Grinding stones are no labour joke! They need to be heavy so wouldn’t have just been lying around. They’ll have needed to be cut from an original source like a quarry, which wouldn’t exactly just be around the corner. These stones would be very laborious to use. Not only would it take a lot of work to turn seeds into a powder, you’d need to make sure these stones wouldn’t get too smooth. 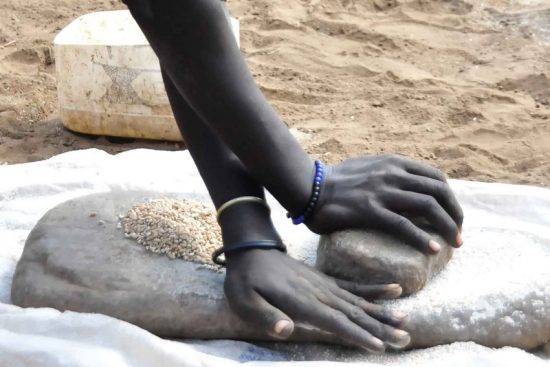 All this work and we haven’t even got to the actual bread making part yet!

We can’t know for sure, but the suggestion is that the bread consumed would have been made by combining flour and water to make a dough, which was then cooked as either flatbreads or ‘baked’ in holes in the ground filled with hot coals. Seriously clever stuff right? 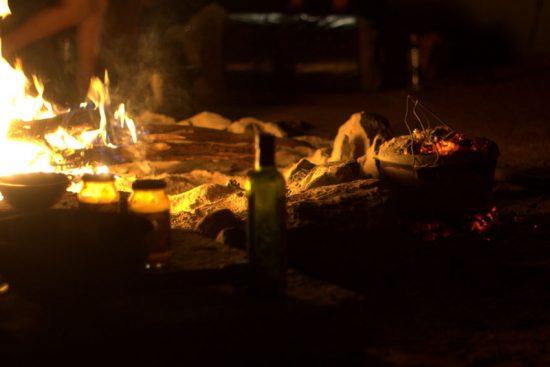 Image by Bluenose Girl is licensed under CC BY 2.0

The number of ancient grinding stones that have been discovered points to a people that weren’t always nomadic but, in fact, were organised communities – where work was divided up to ensure that families could sustain themselves. Feeding themselves wasn’t based on a lucky day out hunting but a basic, yet thoughtfully designed system that started from a relationship with Country and technological discovery eventually leading to purpose-built equipment.

This discovery was an incredible ‘WOW’ moment for our founder and proud Aussie, Renée:

“I used to love cooking and eating Damper or Mardumirri (a basic bread dough cooked in hot coals) on every camping trip when I was growing up, back home in Australia. I feel so proud and grateful to know that I was sharing in such a deep cultural and scientific heritage. We often think that humans are more advanced and smarter now than we have ever been, but our ancestors were super clever, resourceful and inventive.”

It blows our minds that we can learn so much about a culture from bread (or the equipment used to make it) and it doesn’t stop there – starch grains have been identified on grinding stones of a similar age at archaeological sites across Europe too!

Check out our festive family recipes and our baking science facts film!

You can also snaffle up our Bake Off Lab Box available for Curiositeers aged 4 all the way to 11! 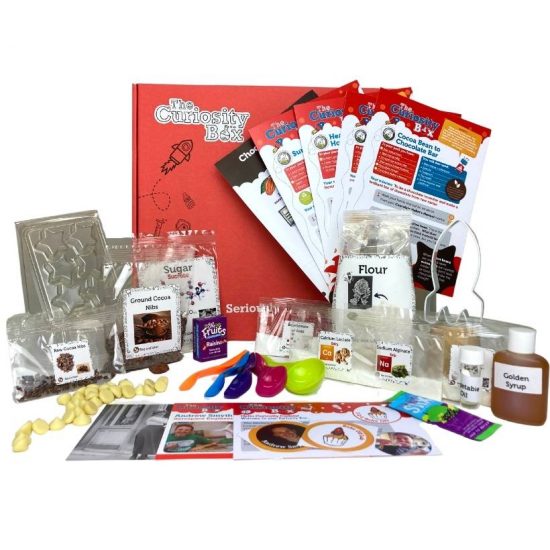