We all love curious facts about dinosaurs! Did you know that the word “dinosaur” comes from the Greek words “deinos” meaning fearfully great and “saurus” meaning “lizard”? Makes sense really. These terrifying lizards, although extinct for nearly 66 million years, instil a mixture of awe and fear amongst kids both young and old!

And although they roamed the earth for nearly 150 million years, there’s still loads of detective work still to be done by today’s palaeontologists. But they’ve done a lot of uncovering already, and have used fossils to work out some really weird facts about dinosaurs.

We’ve gathered together some of our favourite curious dinosaur facts, for you and your curiositieers to sink your teeth into:

Troodon was a hunting dino, measuring around 2 metres long. But it was the size of his brain that was interesting to palaeontologists: it was a similar size to that of a mammal we’d see today.

In relation to his overall size, along with its stereoscopic vision (i.e. that it can see in 3D) and grasping hands, meant Troodon was the most clever of all the dinosaurs we know about.

2. And then there’s Stegosaurus… 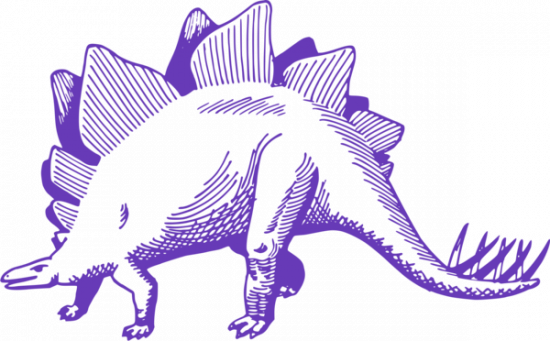 As a stark contrast to Troodon, Stegosaurus was of humble intellect.

His brain was only the size of a walnut, just 3 cm long, weighing just 75 grams. Compared to his bodyweight of 5 tonnes, that’s a big difference.  If you had that body mass to brain ratio, it would mean your brain would have to be the size of a split pea!

So, although Stegosaurus was big and mighty, he was probably quite uncoordinated and not very clever at all!

3. The Dromiceiomimus could run nearly 40 miles per hour! 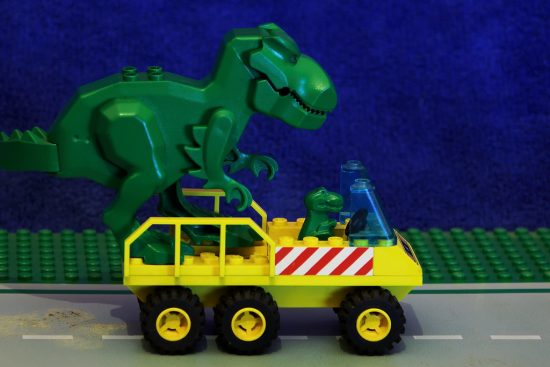 “The Driving Lesson” by Reiterlied is licensed under CC BY-NC-SA 2.0

40 miles per hour. That’s about the speed you go to when you’re in the car, driving along quite a fast road out of town. Now, imagine a dinosaur running alongside you? What a terrifying thought!

Well, 70 million years ago, the Dromiceiomimus (pronounced “dro-MI-see-oh-me-muss”) would have been running at this speed. It looked a little like the modern-day ostrich, minus all the bushy feathers, and could run just as fast.

Yes, that’s right! Pterodactyls (pronounced “teh-ruh-dak-tl”) were, in fact, flying reptiles that lived at the same time as dinosaurs. Technically, they’re flying reptiles rather than dinosaurs. Plesiosaurus (“ple-see-uh-saw-rus”) was also not technically a dinosaur, but a water-based reptile! 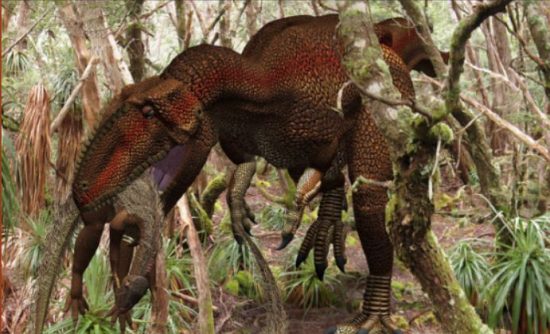 “Down Under Ambush” by Craig T Dylke is licensed under CC BY-NC-ND 2.0

Hard to imagine, but most dinos were, in fact, vegetarians. We often think of them as blood-thirsty monsters, roaming the earth ripping each other limb from limb but, the majority of them ate a diet rich in leaves and berries.

And if you’re curious as to which dinosaurs were carnivores (ate meat) or herbivores (ate plants), the meat-eaters usually walked on two hind legs, while the veggies walked on all four.

6. There were over 700 different species of dinosaur

Palaeontologists know that there are more new and different dinosaur species yet to be discovered, which is an exciting thought. Imagine the beasts we’ll be discovering via fossils in the future!

To this day, a massive 700 different species of dinosaurs have been identified and named. That’s a LOT of bones!

The Thecodontosaurus (pronounced “theek-o-don-toh-sore-us”), meaning “socket-toothed lizard”, was a sauropod that lived in what is now Britain, in the Triassic period, around 200 million years ago.

It was about the size of a kangaroo and was an omnivore, which meant it ate both plants and meat.

The Thecondontosaurus was originally discovered in Bristol in the 1970s, but only recently has funding become available to excavate the dinosaur.

8. Two separate events killed the dinosaurs off 66 million years ago

Between you and me, I’m quite relieved they’re not still roaming the earth, but have you ever wondered what happened to the dinosaurs?

The current theory is that the dinosaurs became extinct as a result of two big destructive events. The first is at a meteor colliding with the Earth at a spot that’s now the Yucatan Peninsula in Mexico. Next came a massive volcanic eruption which was so enormous, it split what is now India in half.

No wonder the dinosaurs didn’t survive!

It’s hard to imagine that dinosaurs lay uncovered on our Earth for 66 million years. Only in 1922 did English obstetrician-turned-palaeontologist, Gideon Mantell, get the credit for discovering the first dinosaur remains (read on to find out that someone special had already beaten him to it!).

He was in the process of finding out the origins of the Iguanodon when he discovered the giant Iguanodon tooth in a Sussex quarry.

Ever since then, a whole field (palaeontology) has been dedicated to the search for and study of dinosaur fossils and remains.

But we can’t leave this here without mentioning our unsung hero, Mary Anning, who got very little credit for unearthing what was eventually named as the first Ichthyosaurus, or “fish lizard” which would have lived 201-194 million years ago!

In 1811, when she was only 12 or 13, Mary unearthed the skeleton of the 5.2 metre-long “sea monster”. Being both poor and female, the discovery went completely uncredited, until recently.

Fossils are the evidence palaeontologists use to find out more about prehistoric plants or animals. In most cases, a fossilized bone is actually a rock made out of minerals, with no trace of the original bone material.

Fossilised remains like bones and teeth are called “body fossils”. Other fossilised evidence of a plant or animal is called “trace fossils”. These could be footprints, imprints, or even poo!

Here’s a great animation from the Natural History Museum explaining the journey across millions of years from dinosaur to fossil.

If you and your curiositeers have been digging these dinosaur facts, you might be interested to hear our NEW Dinosaurs and Fossils box will be the January box for subscribers. It will also be available as a one-off box to purchase from February 2022.

We developed it with brainiac of all things dino, Dr Neil Gostling, lecturer in Evolution and Palaeobiology at the University of Southampton (he’s also the founder of this amazing Facebook page if you’re interested!). 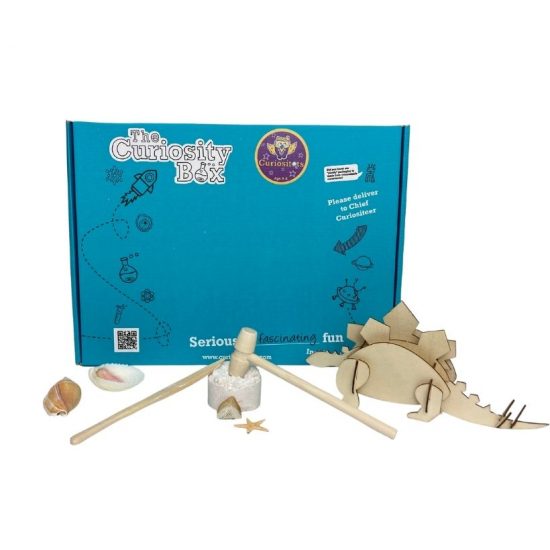